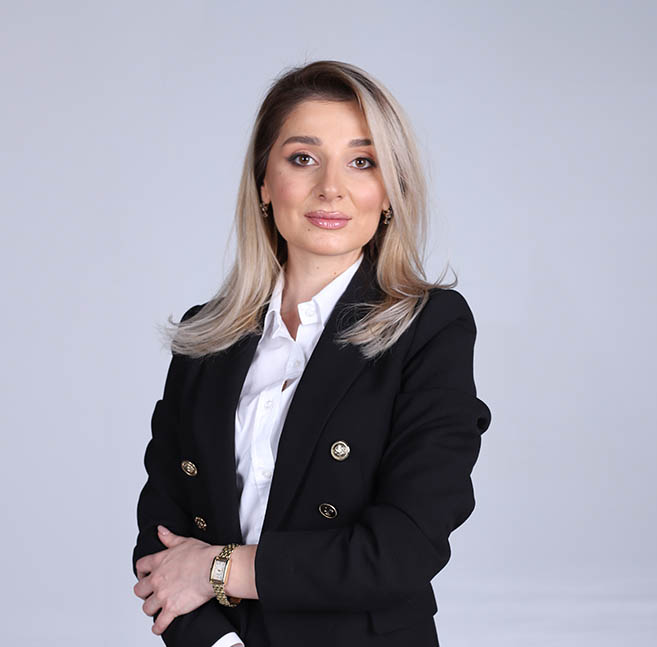 Armine Yengibaryan is the Commercial Director of Mega Food LLC, which is part of Galaxy Group of Companies. She is in charge of developing and implementing commercial strategies, while accelerating sustainable development of detailed business plans on the expansion of company revenue and profit. She also manages and monitors the annual financial targets of the Sales and Marketing departments.

Previously, Armine worked in Grand Tobacco as the head specialist at the Marketing Department. Then she continued her career in Victoria company as the Head of the Marketing Department. Later she joined Sargis Karolina as the Brand Manager of the company and the Brand Director of GVSE Georgian company. Her next step was the position of Marketing Director of ARGE Business which is the official distributor of Procter & Gamble and various brands in Armenia. Throughout her career she has been working with internationally recognized brands in FMCG market. In 2019 Armine joined Galaxy Group of Companies in the position of Marketing Director of the MegaFood, in 2020 she was promoted to the Commercial Director.

Armine is a graduate of Yerevan State University Faculty of Economy with a Master’s degree in Finance. She has participated in a number of trainings such as “Finance for Non-Finance Executives” delivered by the London Business school and “How to use SPIN selling” provided by Academy SpinCat.