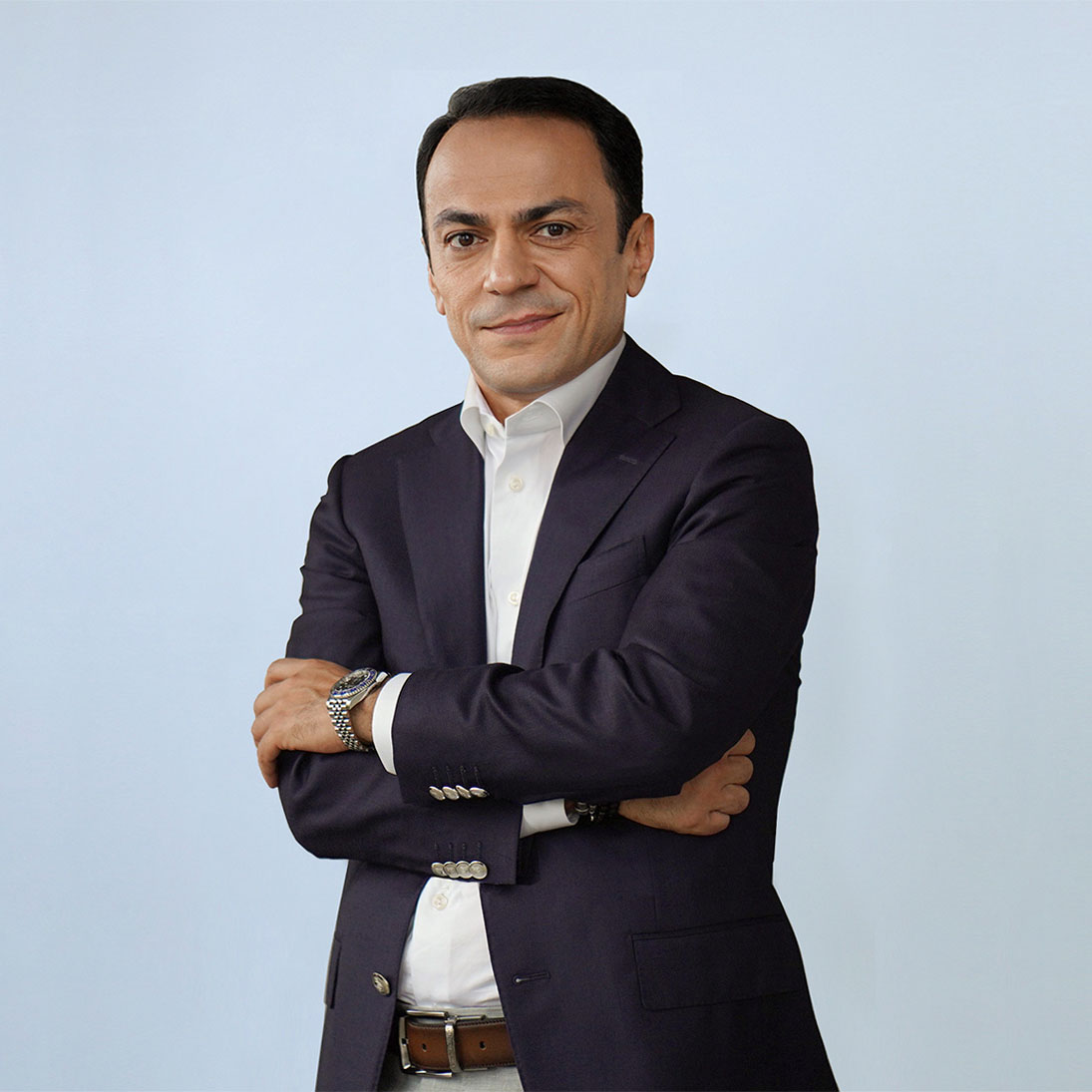 Aram Khachatyan is the co-founder and CEO of Galaxy Group. He is in charge of strategic management and organizational development of the group. Aram has established the first company of the Galaxy – MegaFood, one of the largest importer and distributor of confectionery and food products on the local market. He has driven the retail direction of the Group for many years setting benchmarks for the industry.

Aram’s career began at the Ministry of Finance of the Republic Armenia from 1999 to 2002 as a senior specialist for programming of the international credit accommodation system. Since 2002 he has worked in the commercial sector contributing to the establishment of successful projects and ventures.

Aram holds Ph.D. in International Relations from Yerevan State University. He is an alumnus of Saïd Business School, University of Oxford (Executive Leadership).
He has published several articles on the foreign relations between Armenia and France, and the publications include “Activities of French Consulates in Western Armenia in 1900-1908”, “Diplomacy of France and Other Great Powers in the Armenian Question at the beginning of the 20th century”.

Aram has greatly supported causes and cases contributing to the improvement of quality of life in Armenia. He helped the families of wounded soldiers through different charities and initiatives as well as promoted Armenian athletes from vulnerable families supporting their participation in the international championships. For his dedication and work, he has received a Vazgen Sargsyan Medal from the Ministry of Defence of the Republic of Armenia as well as a medal from the Armenian Soldier Association for his constant investment and support.