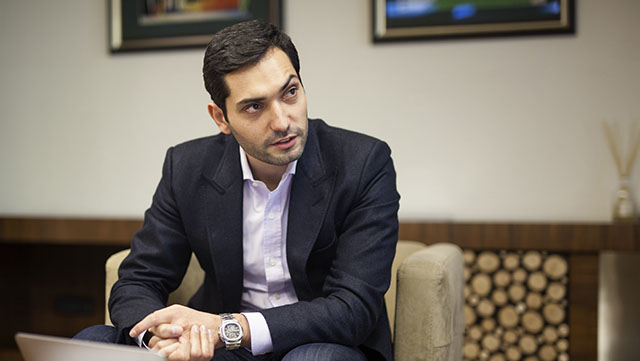 Co-founder of Galaxy Group of Companies and Chairman of the Board of Directors at Ucom, Gurgen Khachatryan, issued a statement regarding the situation around Ucom. “Armenian high-ranking officials have demanded that the company be alienated”, adding that the “illegalities have been taking place in 2020.”

“Over the past 12 years, the development and strengthening of the telecommunications company Ucom has been our number one priority, for which, together with our partners, we have invested social capital, resources, endless efforts and energy. Needless to say, we have never considered selling the company to any country or party, realizing the importance of having an Armenian telecom and the responsibility assumed before the citizens,” Khachatryan said in the statement.

“However, recently at the level of high-ranking officials of the country, I have been demanded both directly and indirectly (including during meetings), accompanied by severe public pressure, to alienate Ucom with an unprofitable offer. Moreover, as part of the demand, the alienation of our other important asset, the leading Armenian IT company IUnetworks, was presented. An integral part of the illegal activities was the freezing of all our assets and properties, including but not limited to shares in all the companies. The threats have reached a point where they have promised to create an uncontrollable situation in the companies, as a result of which, according to them, we will have to agree to sell at the lowest possible price.

“I have tried to offer reasonable solutions, as I am aware of the devastating consequences of instability on the 3,000 employees of our companies, local and international partners as well as ongoing and nearly finished projects which are of public importance. Seeing that the attempts to sabotage the company were futile and we were able to manage the situation, in the last couple of days there has been a direct demand to alienate Ucom, and in case we do not comply, we were clearly told that I would be accused of committing a particularly serious crime and thus arrested, which will then be followed by similar actions against my brother, other family members, relatives and other people related to us.

“Please note that these illegalities are taking place in such an open manner in 2020, at a time when information is openly available; when a state of emergency has been declared in the country due to coronavirus and a significant portion of the country’s economy has been hit negatively, including our group of companies.

“And since the tools of legal protection have been exhausted within the country, we have to make this process public and turn to international community. Due to the circumstances, we publicize only a single instant, though it has to be noted that a lot of legal and moral boundaries were crossed—all of which are documented and will be presented later. I call for all the ambassadors carrying out diplomatic missions in Armenia, the local and international business associations operating in Armenia, the RA Human Rights Defender and human rights organizations to follow this process and assess it accordingly.

“We demand an immediate end to these illegal and lawless activities, more so inform that we will not give in to any provocations and pressure caused by the abuse of political power and legal instruments. I am sure that on a foundational level, we are well within the legal and moral boundaries, and we will not let a 12-year-old company with all its social capital and human destinies become a subject of bargaining, even in the face of adversity and the most severe pressure. Ucom is not for sale, neither is our dignity.”

Details in Armenian via the link.