“Armenia is a special country for me, and today is a historic day for us. I visited Armenia for the first time in 1999, and I hope to come again in 2020 for the opening of the Courtyard by Marriott,” said Reiner Sachau, Chief Operating Officer of Marriott International. 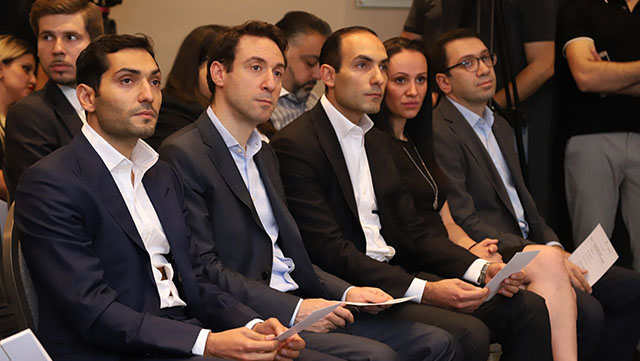 The future Courtyard by Marriott hotel in Yerevan is a large investment project in the area of tourism. It is unique in terms of its architectural design and solutions, the reputation of the international partners, the proposed standards and the importance of the value added for the country. “We had a difficult task and our team worked very hard. We brought together more than ten international partners around a common goal, which is to bring a new format and new quality into the world of hotels and apartments,” said Artyom Khachatryan, the co-founder of Galaxy Group of Companies.

More than 100 business persons, managers and specialists from the tourism, hospitality, banking, IT, insurance and real estate industries came to particiapte in the official launch of the project. They included Broadway Malyan Holdings Group Chairman Stuard Rough, General Director of Contura German design company Barbara Meyer-Kosfeld and other well-known individuals and representatives of companies who took part in the project. “Being the state political body  in charge of the tourism sector, we attach great importance to the development of tourism infrastructure in Armenia and direct investments in our sector. Such initiatives make it possible to increase the quality of services in the hotel industry and to bring them in line with the international standards. We hope that the strong public-private partnership will serve as a basis for the further improvement of business enviroment in Armenia, as well as for attracting new investments in tourism industry, the continuous development of the sector and more economic growth,” said Susanna Safaryan, the Chairperson of the State Tourism Committee of the RA Ministry of Economic Development and Investments. 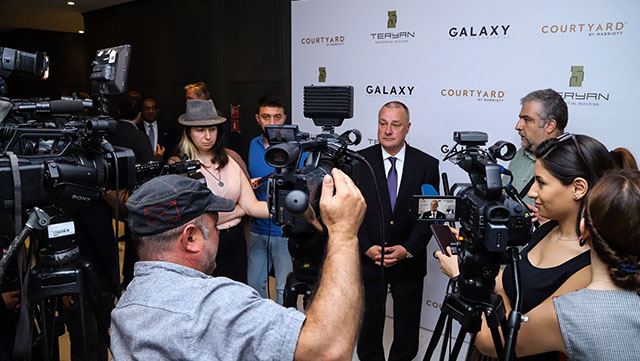 Courtyard by Marriott is a large partnership investment project, which has received very important backing from Ameriabank who is financing the project. Galaxy Group of Companies was established in 1999. It operates in Armenia, Georgia and Belarus. The Group is one of the largest employers in Armenia, with more than 3,000 employees at the moment.